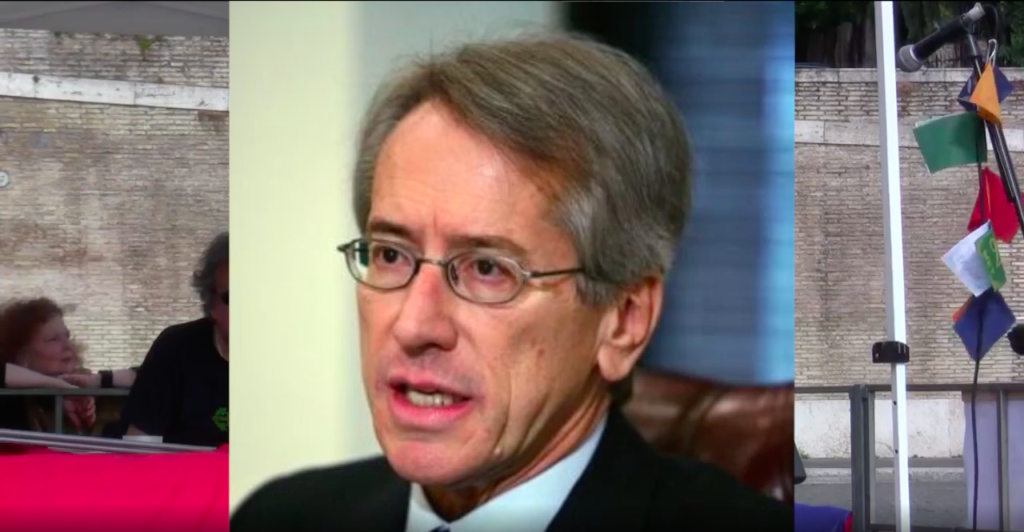 Geneva: Ambassador Giulio Terzi, Italy’s former ambassador to the US and Permanent Representative to the United Nations in New York called Tibet to the first victim of China’s eliminationist and genocidal agenda commemorating the 31st anniversary of Tiananmen Square massacre by the Chinese government. Ambassador Terzi who is also a former Finance Minister of Italy was addressing the demonstration gathering organized by Italy-Tibet Association in collaboration with the Tibetan Community of Italy and other associations in Rome on 4 June 2020.

Highlighting the destruction unleashed by the Chinese government on Tibet, Ambassador Terzi said “over a million Tibetans have been physically eliminated, killed by the communists from China. 90% of the artistic heritage and Tibetan architectural, including about six thousand monuments such as temples, monasteries, and stupas, have been completely destroyed. Communist China has appropriated Tibet’s natural wealth, exploits its resources, destroys its millenary forests, discharges nuclear waste there with irreversible damage to the environment and living conditions. The Chinese Communist Party has more than 500,000 soldiers in Tibet permanently.”

Ambassador Terzi also noted the large-scale population transfer carried out by China in Tibet, the forced sterilization of Tibetan women, the prohibitions to speak in Tibetan language, to dress according to tradition, and to practice Tibetan Buddhism all aimed at preventing the survival of Tibetans and to destroy their distinct cultural identity.

Speaking about the current turmoil in Hong Kong, Ambassador Terzi said “It’s not just about Hong Kong’s autonomy and freedoms. It deals with Taiwan, the South China Sea and other Southeast Asian countries, all cards of the same domino- Communist China’s global leadership ambitions.” He called for stronger voice by the European countries’ and said that the appeasement policy should be stopped. He concluded by recalling the admiration and friendship of Marco Panella, one of the well-known political leaders of Italy with His Holiness the Dalai Lama. While speaking in the European Parliament on 4 June 1990, Marco Panella had warned the world of China’s unfettered ambitions and said: “Let us not be surprised if, not knowing how to seize the opportunities that History offers us, we will lose our freedoms and our rights.”

Parliamentarians including Senator Mr. Roberto Rampi and Representatives Mr. Matteo Luigi Bianchi, Mrs. Antonella Incerti and Mr. Alessandro Giglio Vigna participated in the protest rally. President of the Italia Tibet Association Mr. Claudio Cardelli, President of Samantabhadra Institute Ms. Rosanna, President of AREF Ms. Marilla and Director-in-Charge of Bitter Winter Mr. Marco Respinti and Members Tibetan Women’s Association, Italy were also present. Representative of Tibet Bureau Geneva Chhimey Rigzen had sent over his statement as he was not able to participate in person due to the border restrictions placed after the spread of Wuhan originated COVID-19 pandemic. He conveyed his heartfelt condolences to all the people of Italy who lost their loved ones to COVID-19 pandemic originated from Wuhan, China and prayed for the speedy recovery of all those suffering.

His entire statement in Italian language can be accessed here. 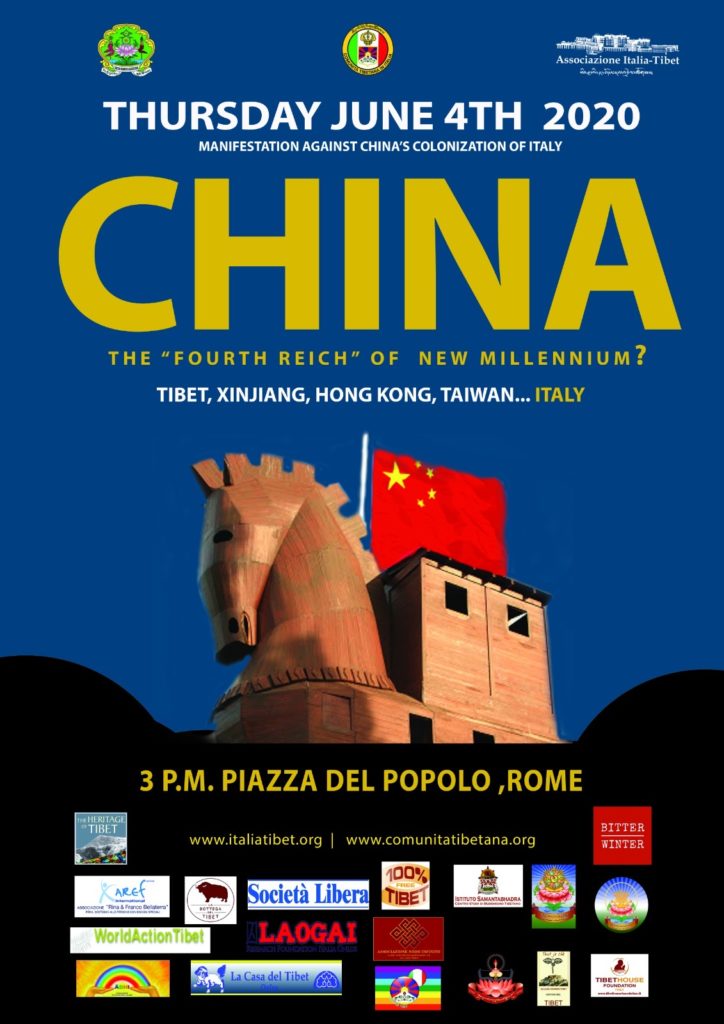