Joshua Wong: China’s crackdown will spread from Tibet, Xinjiang and Hong Kong to countries signing into Belt and Road Initiative 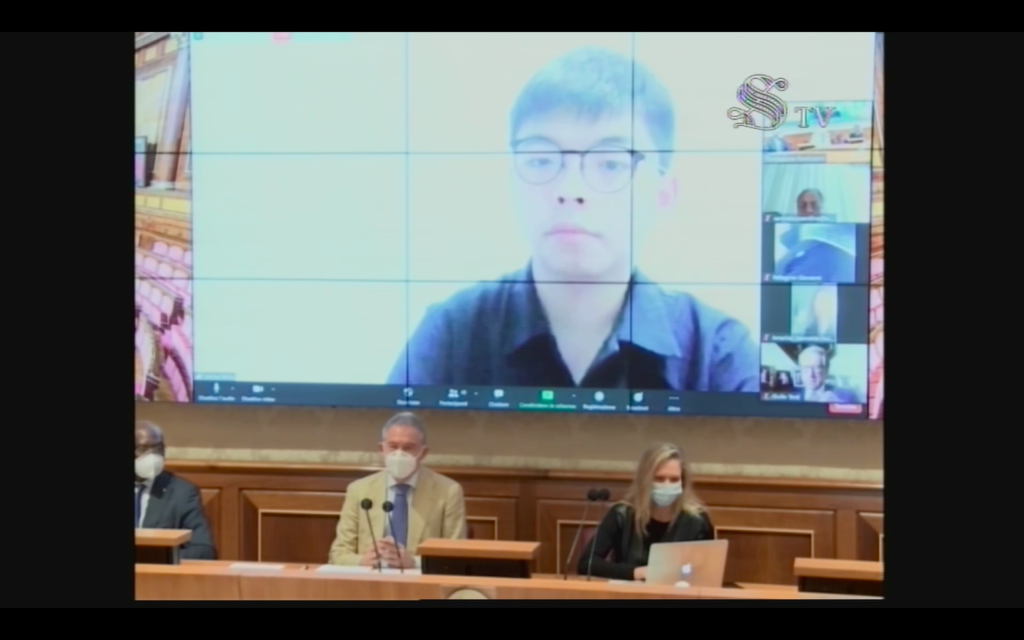 Joshua Wong: China’s crackdown will spread from Tibet, Xinjiang and Hong Kong to countries signing into Belt and Road Initiative. Photo/Screengrab of live telecast from the Italian Senate

Joshua Wong’s talk was titled “Freedom” coinciding with the anniversary of his first testimony in the Senate, an event that brought the Italian parliamentarians and the Ambassador of the People’s Republic of China at loggerheads.

The event was held online with a live telecast on Italian Senate Web TV. Just days after the expulsion of the opposition MPs from the Hong Kong Legislative Council and the looming threats of arrests, Joshua spoke about the possibilities of him getting imprisoned soon.

“But prison bars will never stop me from activism and critical thinking. I only wish that during my absence, you can continue to stand by the people of Hong Kong, regardless of unfortunate elections, closely following developments, large-scale arrests under the National Security Act or the fate of the twelve activists. in China. Challenging the greatest violators of human rights is an essential way to restore democracy for our generation, and for the generations that will follow us,” he remarked.

While answering questions about how Italy and other countries can contribute to the struggle, Joshua Wong responded that the fight is not just limited to Hong Kong now. He noted that with the Belt and Road Initiative, the threat of China looms over entire Asia and the world.

He particularly noted that “the protests in Hong Kong prove how China’s hard-line crackdown is not a matter only with mainland China, Tibet and Xinjiang. First is Hong Kong, later on, might be Taiwan, Asia and rest of the world, especially for the countries like Italy, signed on the Belt and Road Initiative.”

Commenting on China exerting influence and manipulations over international organizations, he lamented on “how Beijing has just turned the WHO and the United Nations to be a playground of those dictators and of those human rights abusers.” 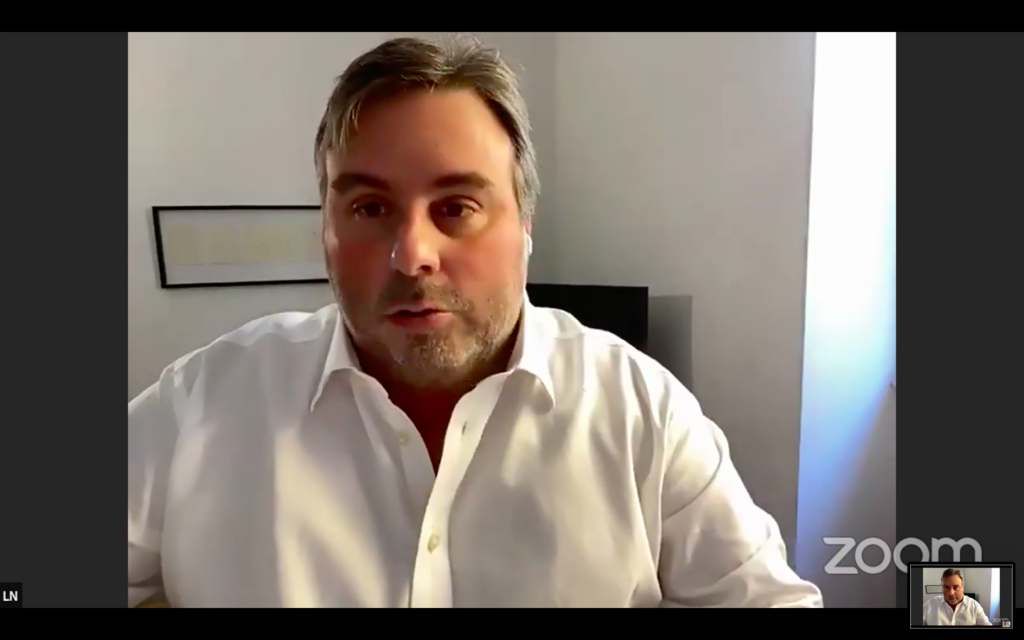 The Hon’ble Member of the Italian Parliament and Co-President of the Italian Inter-Parliamentary Group for Tibet, Mr. Nobili Luciano IV thanked Joshua Wong for his inspiring lesson on freedom and noted that “the current situation in Hong Kong appears very similar to what happened with Tibet from 1951 to today.”

Due to paucity of time, Joshua Wong could not answer to the questions of Hon’ble Mr. Nobili on the similarities of Hong Kong and Tibet and what message Joshua would like to give to people in Tibet and Hong Kong who are at the forefront of the struggle. However, in his concluding remarks, Joshua noted that Hong Kong should serve as a story to learn from.

The talk was attended by several Italian Parliamentarians, Former Ambassador of Italy to the UN Mr. Terzi, journalists and others.

The Tibet Bureau Geneva would like to thank Hon’ble Member of the Italian Parliament for his continued support for the cause of Tibet and bringing to the fore the situation of Tibet. It is very important to note the similarities between Tibet and Hong Kong. The People’s Republic of China coerced and slapped the 17-point agreement on Tibet in 1951 with deceit and forgery. However, when it came to implementation, the Chinese Communist Party-led government breached the very agreement, something similar to what has happened with Hong Kong. China’s flouting of laws and conventions with impunity and the ensuing silence of the international community without accountability will only embolden the Chinese Communist Party’s expansionist schemes.