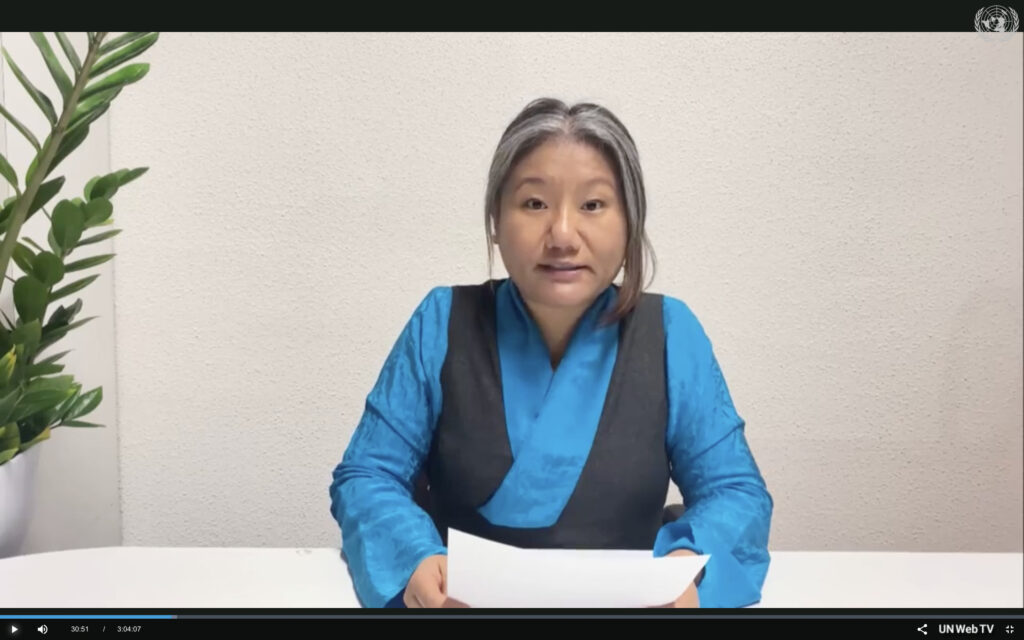 Geneva: During the ongoing 46th session of the UN Human Rights Council, Special Appointee for Human Rights based in Tibet Bureau Geneva Thinlay Chukki urged the Council to establish an independent mechanism to monitor, analyze and report on the human rights situation in China particularly in view of the urgent situations in Tibet, Xinjiang and Hong Kong.

Speaking on behalf of the Non-Violent Radical Party Transnational Transparty during the general debate under item no. 3 of the session, Thinlay Chukki noted the numerous violations faced by Tibetans including “systematic persecution of the Tibetan human rights defenders, cases of enforced disappearances, arbitrary detentions, torture, arbitrary sentencing, banning of religious activities, forceful evictions of Tibetan nomads and militarized forced labor- all in the name of poverty alleviation; the list of violations faced by Tibetans is long.”

Thinlay Chukki highlighted that due to high-tech surveillance and the firewalls, it has become very difficult to get the whole picture of the situation in Tibet and therefore she called for establishment of independent mechanism to report on the ground realities in Tibet.

She once again highlighted the recent cases of tragic torture deaths including that of 19-year-old-Tibetan monk Tenzin Nyima, 51-year-old tour guide Kunchok Jinpa and 31-year-old herdswoman Lhamo and urged the UNHRC to press for a prompt, impartial and effective investigations into these deaths.

The 46th UNHRC session is held virtually this year and expected to last till 23 March 2021 subject to further extensions if necessary.

The entire session can be viewed here.