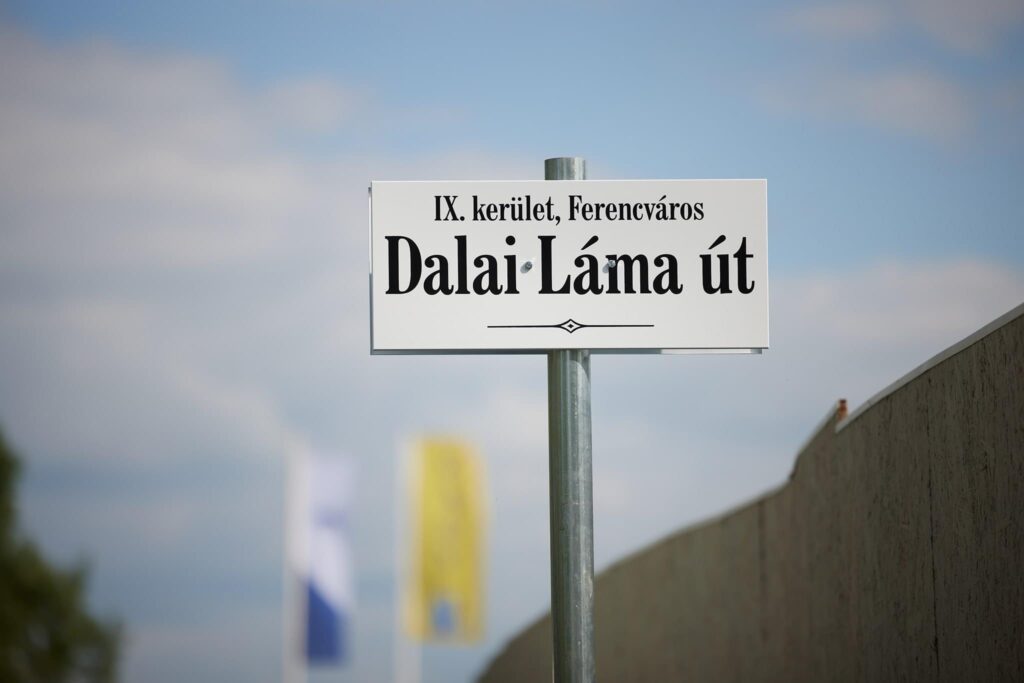 On behalf of Tibet Bureau Geneva, Tsevang Thinlay Namgyal, a Tibetan based in Budapest and Hendrey Tibor, a long-time Tibet supporter from Tibet Press News were requested to offer traditional Tibetan scarves and Tibetan national flags to the mayors and thank them for this important gesture of solidarity.

The Hungarian government has recently signed a controversial agreement with China on building a Chinese university campus in Hungary by 2024. There is a tremendous backlash against this move from Hungarians, who see it as the Chinese government’s move to exert influence and control in Hungary.

Similarly, during the parliamentary session last week, lawmaker Szel Bernadett expressed dismay over the Hungarian government’s controversial agreement with China and questioned the risks involved in the project, including security and restrictions of academic freedom, freedom of speech and press in the country. The lawmaker called on the government to stop the Fudan project immediately.

In the inaugural address, Mayor of Budapest Mr. Gergely Karacsony and Mayor of Budapest 9th district Ms. Krisztina Baranyi expressed concerns over China’s debt-trap diplomacy and the extension of Chinese undemocratic influence in the democratic countries, including Hungary.

The renaming of the streets is considered as tributes to the Tibetans, Uighurs, Hongkongers and all human rights defenders in China who are standing up against the oppressive rule of China. It is also seen as a move against the Hungarian government’s agreement on the construction of Chinese university as the renamed streets surround the planned site of the proposed Chinese infrastructure project.

The deputy mayor of Budapest’s first district, Mr. Ferenc Gelencsér had also expressed concern over the Hungary-China infrastructural project including Fudan University during a panel discussion titled “China’s Politics of Liberation and Non-Compliance: Drawing parallels from Tibet and Hong Kong” in a three-day virtual event marking 17-Point Agreement & 70 Years of Oppression in Tibet.

Mr. Ference Garencsér had also hoisted Tibetan National flags during China’s Defense Minister Wei Fenghe’s visit to Hungary as a mark of solidarity. He placed Tibetan National flags and a protest banner calling for justice for people suffering under the Chinese Communist regime, including people of the Uyghur Muslim community, on Budapest’s I. district town hall.

The Tibet Bureau Geneva thanks the mayors for this kind gesture of solidarity and calls on the international community including the UN to stand up against the deplorable human right situation in Tibet, East Turkestan, Hong Kong and all other regions under China. 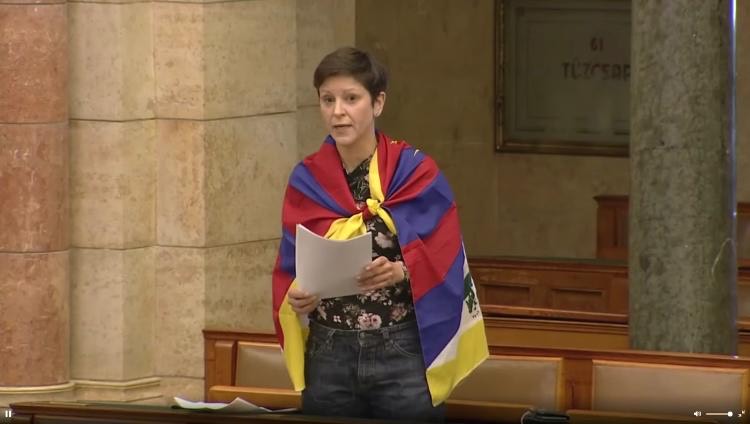 Hungarian lawmaker Szel Bernadett called the Hungarian government to stop the Fudan project during the parliamentary session in May 2021. 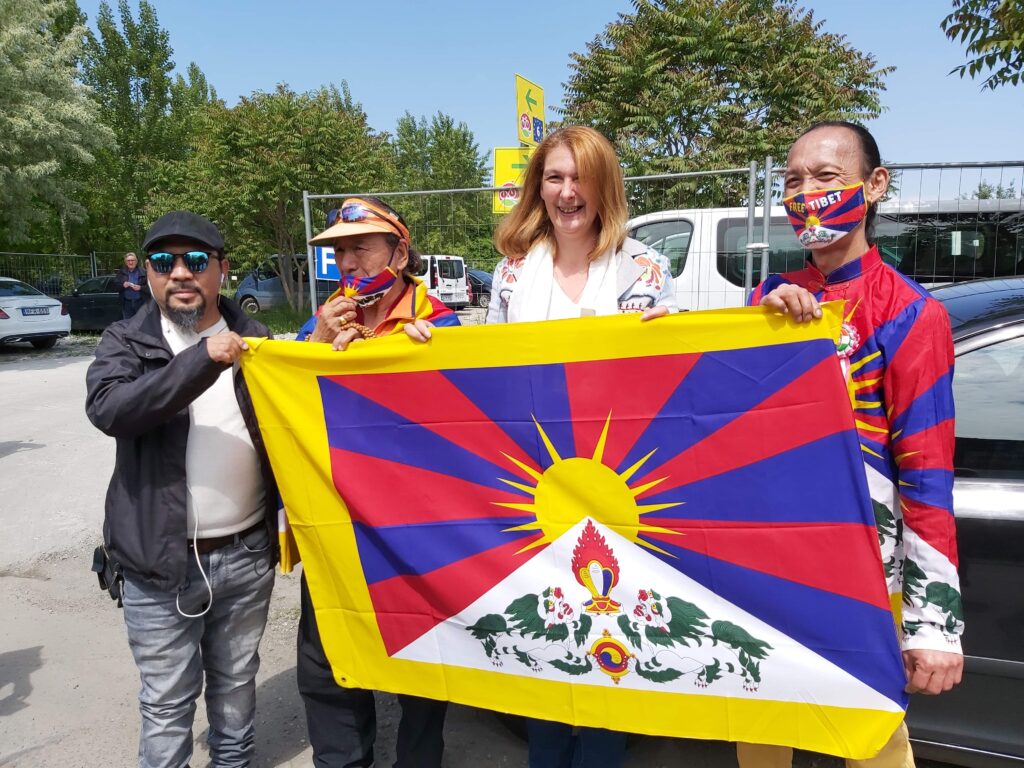 Hungarian based Tibetans with Mayor at the inaugural event.