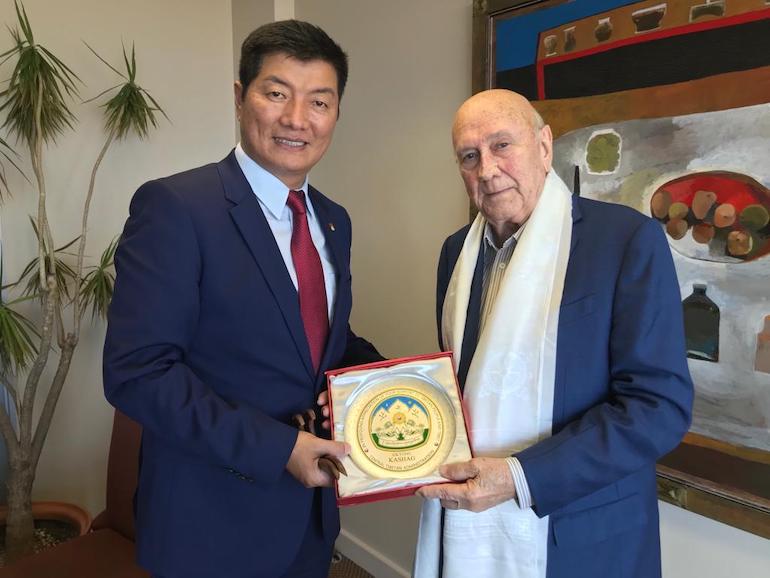 Cape Town: The President of the Central Tibetan Administration Dr Lobsang Sangay met former President of South Africa Hon Mr F W de Klerk in his Foundation’s office on 6 February. They exchanged pleasantries and discussed issues of general interests as well as current situation in Tibet under the Chinese occupation.

During the meeting, His Excellency Hon Klerk conveyed his best wishes to His Holiness the Dalai Lama and expressed his support for the aspirations of the Tibetan people in their quest for freedom.

President Dr Lobsang Sangay stated that the current political situation in Tibet could be best gauged from the fact that since 2009, 153 Tibetans had self-immolated in occupied Tibet demanding freedom and return of His Holiness the Dalai Lama.

As per Freedom House Index, after Syria, Tibet is the least free region. It is even less free than North Korea.

Tibet has become the laboratory for testing monitoring and surveillance policies and technologies for the whole of China.

Huge network of railways and road are being built to exploit rich mineral and water resources of Tibet to feed the hungry industrial capacities of China.

As a result, Tibet’s fragile environment systems are damaged irrevocably and climate changed is accelerated.

Besides, the President had interaction with the members of Inkatha Freedom Party. 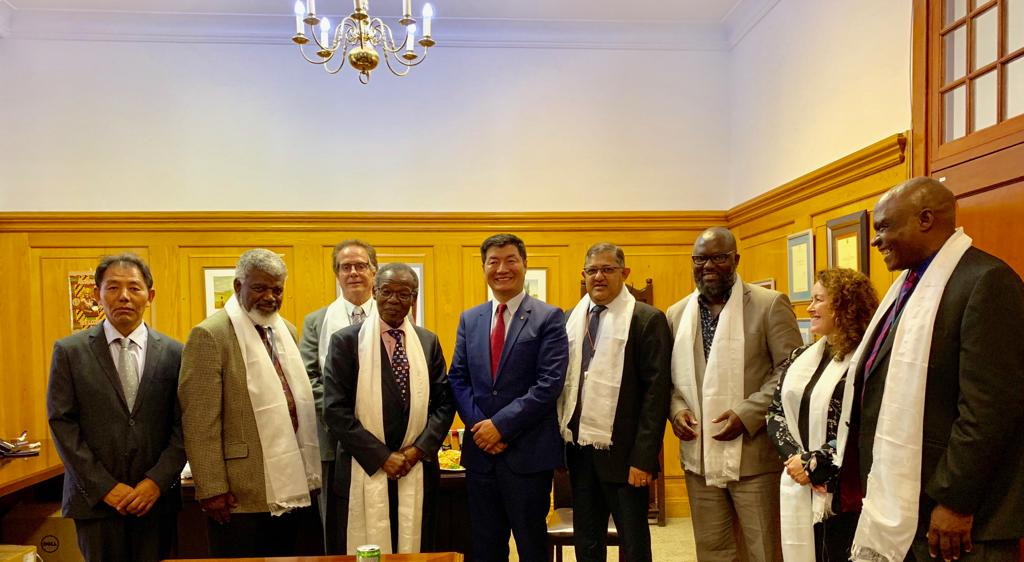 Previous Post Ten thousand Tibetan monks trained and equipped with ancient Indian knowledge could help revive it among Indians, says His Holiness the Dalai Lama Next Post “Your presence reminds us of the principles, values of our Constitution”: Prince Buthelezi welcomes CTA President’s South Africa visit