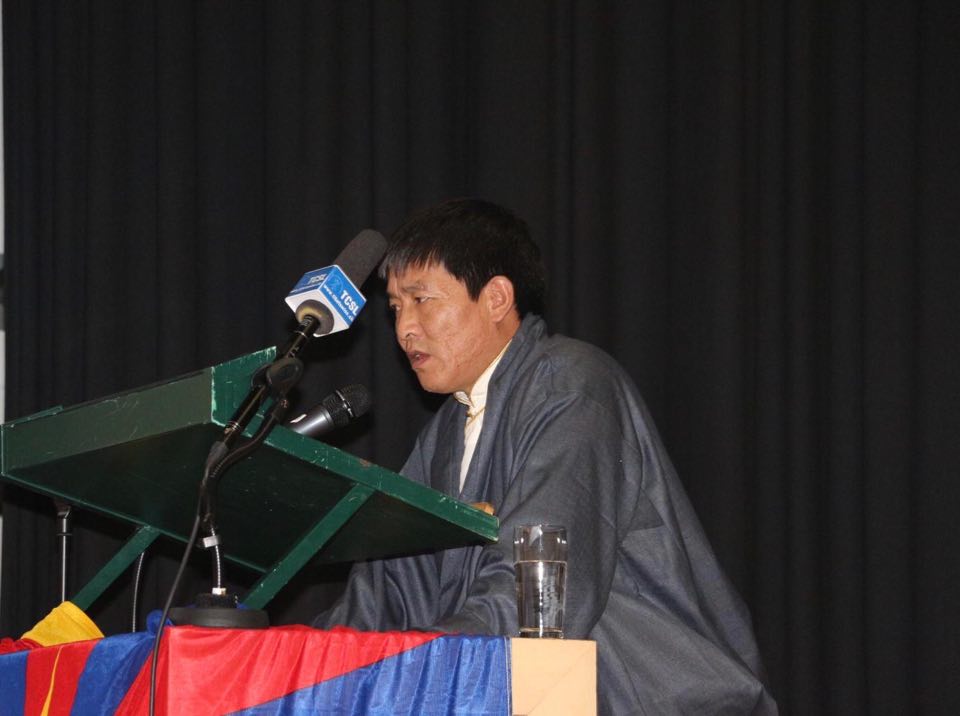 Dhondup Wangchen speaking at a public reception hosted by the Tibetan community in Switzerland and Liechtenstein.

Switzerland, 17 March 2019: Tibetan community in Switzerland and Liechtenstein hosted a public reception in honour of Dhondup Wangchen, a prominent political prisoner, who is currently in Switzerland for human rights advocacy meetings, today.

The public reception honouring Dhondup Wangchen began by the singing of Tibetan National anthem followed by a minute of silence for Tibetan martyrs.

In his welcome address, Norbu Tsamda, President of the community, said, “A successful escape of Dhondup Wangchen out of Tibet is a great victory”, and thanked all who have made his journey to exile possible.

Sharing his bitter experiences in prison and plight of Tibetan political prisoners, Dhondup Wangchen recounted the support that Tibetans in Tibet have extended in making the documentary film “leaving fear behind”.

Dhondup urged Tibetans to pay attention and put efforts in preserving Tibetan culture, language and identity that are “core responsibility of all Tibetans” where Tibetans in Tibet are risking their life in doing so.

Golog Jigme, a former political prisoner, who helped Dhondup in making the documentary also spoke at the gathering. He spoke the importance of collective efforts from exile community to support the work people inside Tibet. Golog Jigme said he has never imagined a day would come to reunite with Dhondup Wangchen.

Dhondup Wangchen and Golog Jigme were arrested shortly after filming “leaving fear behind” finished in March 2008.  Dhondup was later pronounced imprisonment for six years under the alleged charge of “leaking state secret”. 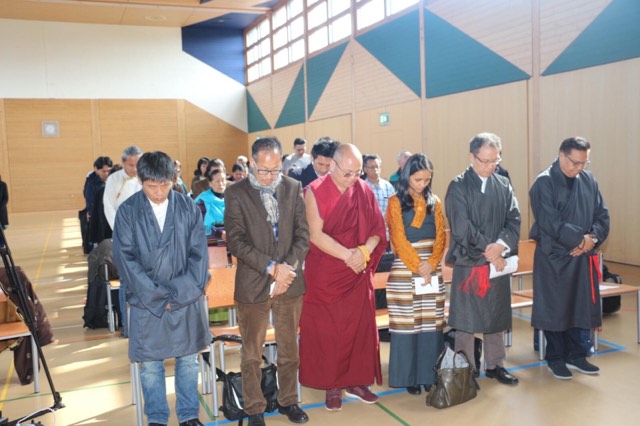 Observance of a minute of silence as a mark of respect for Tibetan martyrs. 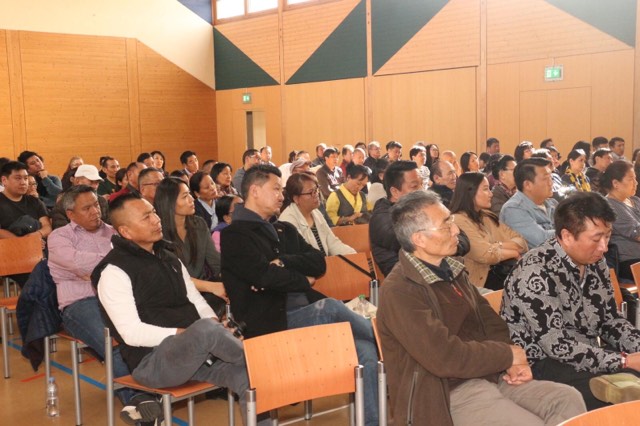 Tibetan community in Switzerland and Liechtenstein hosts a public reception in honour of Dhondup Wangchen.